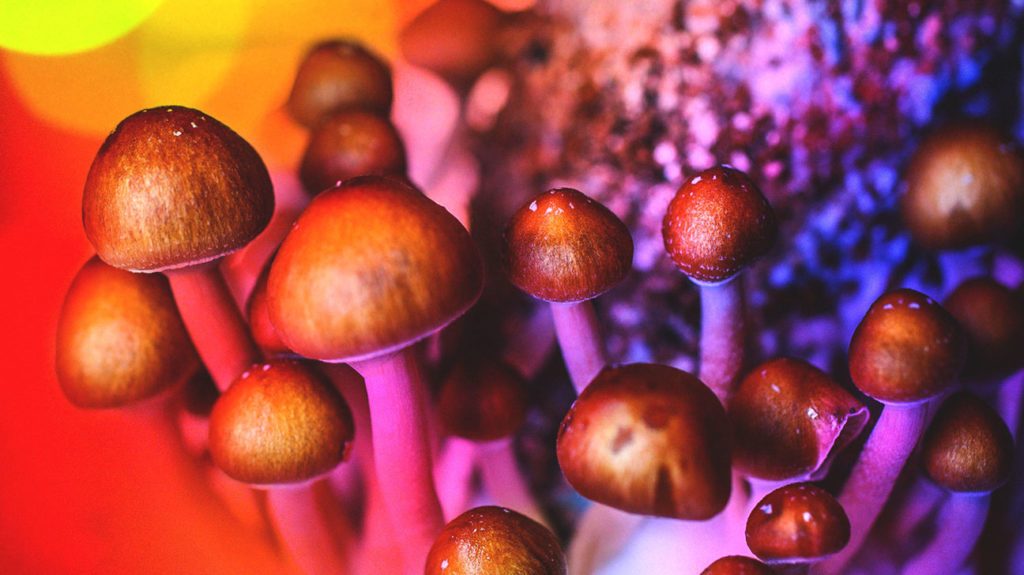 Shrooms 101: Here’s What You Need to Know About the Psilocybin Mushroom Movement

Mushroom activism mirrors the cannabis movement in a lot of ways. But is legalization the best route for safe and fair access to this powerful healing medicine?

2019 will go down in history as the year the pendulum swung toward psychedelics. In May 2019, residents of Denver, Colorado, made history by voting in favor of Initiative 301, which effectively decriminalized the use, possession, and personal cultivation of psilocybin mushrooms within the city. Nearly a month later, another grassroots outfit known as Decriminalize Nature, swayed the Oakland City Council to pass a resolution preventing law enforcement from using funds to prosecute people for the possession or use of natural psychedelic plants (such as Ayahuasca, San Pedro, and Peyote) and fungi.

When looking at the scope of the United States, there’s a lot of legislative motion happening around psilocybin mushrooms. Oregon is petitioning for a statewide initiative known as the Psilocybin Service Initiative, or IP 34, that lays out the framework to fully legalize and regulate psilocybin mushrooms for therapists to use in psychedelic-assisted therapy.

Another state-level proposal racing to the finish line is Decriminalize California, which aims to legalize psilocybin-assisted therapy (like Oregon) but also decriminalize the personal, spiritual, religious, and dietary use, and cultivation of fungi for everyone. It’s unclear if either initiative will make their respective ballots in November due to the limitations caused by quarantine, however.

That said, knowing what’s on the ballot in other states is critical to understanding America’s place in the global puzzle. If anything, coronavirus has taught us that what ails one person (or one group of people) can quickly impact everyone. This election requires us to be politically sharp in order to anticipate what’s coming next. So, if you don’t like the idea of Big Pharma and capitalism infiltrating the magical world of psilocybin mushrooms, understanding the nuances of local and statewide measures is obligatory. So, here’s what you need to know about mushrooms heading into this loaded election season.

When people hear that Oregon residents could vote on the “legalization” of psilocybin mushrooms, it’s assumed the measure will increase access to the public. That’s not what’s outlined in the initiative, however. IP 34 only legalizes psilocybin mushrooms for therapists to use in psilocybin-assisted therapy settings. Using shrooms outside of this context is still considered illegal, as fungi is technically a Schedule I narcotic.

IP 34 also outlines strict measures to prevent a consumer market. In other words, shrooms will not be available the way cannabis is. Although IP 34 is endorsed by many, including iconic mycologist Paul Stamets and David Bronner of Dr. Bronner’s soaps, the proposed measure has also received criticism from activists in the psychedelic community who argue the initiative is not in the people’s interest.

This legalization model creates exclusionary access. Insurance doesn’t cover alternative therapy, meaning it will cost hundreds of dollars out-of-pocket for one psilocybin mushroom therapy session. IP 34 also doesn’t relieve any of the legal consequences for use and possession.

The best path for access — and avoiding the commercialization, corporatization, over-regulation, and monopoly model in the psychedelic space — is decriminalization. It reduces the penalty for everyone to use, possess, and cultivate shrooms. When people aren’t threatened with going to jail for growing their own medicine (fungi, cannabis, or otherwise), it creates access. It also keeps the market price down.

“The idea is to avoid corporadelics,” said Ryan Munevar, the campaign director of Decriminalize California. “If you’re not allowed to produce your own mushrooms, the market price will skyrocket as it did for cannabis.” Munevar notes that the price for a pound of mushrooms in California is roughly $900, while it costs under $20 to grow your own. For comparison, a pound of legal cannabis flower in California ranges between $1500-$2000.

Part of Decriminalize California’s campaign is offering fungi cultivation classes to the public. Teaching people how to grow their own shrooms essentially strips the power—and motivation—from corporate entities, such as pharmaceutical companies, wanting to enter the space. So, not being penalized for possession, consumption, and cultivation is essential for this model to work.

How Did We Even Get Here?

In 2017, the US Food and Drug Administration (FDA) granted MDMA (the purest form of “molly” or “ecstasy”) a “breakthrough therapy” designation for its profound impact on PTSD. Then, in 2018, the FDA gave the same designation to psilocybin (the lab-created version of the psychedelic compound in mushrooms) as a successful medicine for treatment-resistant depression. Then, in 2019, the FDA touted psilocybin as a “breakthrough” treatment again, but this time for major depressive disorder.

As a result, tons of minor studies looking at psilocybin’s effect on issues such as eating disorders, end of life health, and addiction are now in the works across the world. Mounting positive data, then, has essentially laid the foundation for reform movements.

Including California and Oregon, there are five state-level mushroom proposals happening across the US (but really, it’s six if you count the Drug Policy Alliance’s initiative to decriminalize all drugs in Oregon). Hawaii is waiting for a hearing date for the Clarity Project and House Bill 2567. If passed, it will create a “working group” under the Department of Health to research medical psilocybin as a potential treatment modality for mental health patients in Hawaii. In Iowa, House File 248 is a bill to remove psilocybin from the Schedule I substance list. In Vermont, H.878 is pushing to decriminalize all psychedelic plants and fungi statewide.

The 2020 election will determine a lot in the way of mental health for the United States. The movement around psychedelics couldn’t come at a better time.

Next
3 Habits for Success 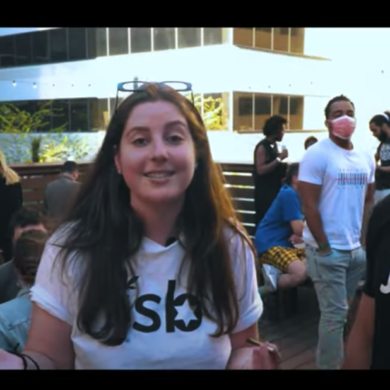 The following terms of service apply to the patient/clinician relationship between Jewish Sauce Boss, LLC, it’s subsidiaries, affiliates, and agents and the patient or website user:

The Patient agrees and certifies that this inquiry has been made “for The Patient, by The Patient” and that the individual named throughout this application is the same and sole individual in receipt of all communications and plans to attend the formal telehealth consultation appointment and receive certification into the PA Medical Marijuana Patient Program.

Unfortunately, we are unable to accept or honor third-party or caregiver inquiries at this time.

The Patient understands that as a part of this discovery and intake process they will be required to properly and honestly identify themselves using personal identification and contact information, including their legal name, social security number, date of birth, and other common medical provider intake information.

The Patient understands that this approval process for acceptance into the PA Medical Marijuana Patient Program is not an immediate one and depends on the final turnaround/approval from the Pennsylvania Department of Health.

The Patient understands that they will be required to provide proof of their medical history, previous diagnosis information, and/or any past or present prescription info, labels, or bottles as “proof of diagnosis” or to aid in the qualification of condition.

The Patient understands that in order to meet with our providers they must first apply for a PA Medical Marijuana Patient ID number with the PA Department of Health, online and via computer device only. (The PA DOH form/online system is not compatible with mobile devices.)

The Patient understands that an additional payment of $50 will be due, payable and sent to the PA Department of Health, following any approval from our providers to enter the PA Medical Marijuana Patient Program.

The Patient understands that Jewish Sauce Boss is not a primary or medical care facility and that no doctor/patient relationship has been established with our providers, solely on the basis of this certification and that no claim can be made against our providers reflecting any reliance on him for any other health advice or care beyond recommending medical cannabis based upon the medical information provided to him.

The Patient agrees and certifies that the information above and throughout this document is and will be deemed true and accurate to the best of their knowledge.